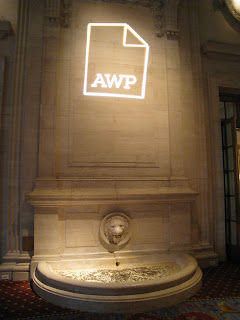 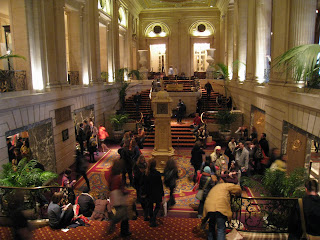 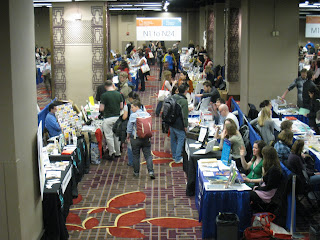 As a writer, I feel that you have to connect with the writing community throughout your life. How else will you get published? For me, AWP offers a useful meeting place to share ideas with other writers on a scale not normally available. You have to pick and choose how to wend your way through the conference. It can be exhausting going from panel to launch party to book fair to dinner to readings across the city followed by after parties in hotel rooms. You have to set limits for yourself. For the writer who chooses his time wisely, who follows his interests and explores the city, AWP can be a rewarding experience, one relatively free of the notion that AWP is MFA Spring Break.
Posted by wcpoole at 5:29 PM
Labels: AWP, Independent Publishing, New Media